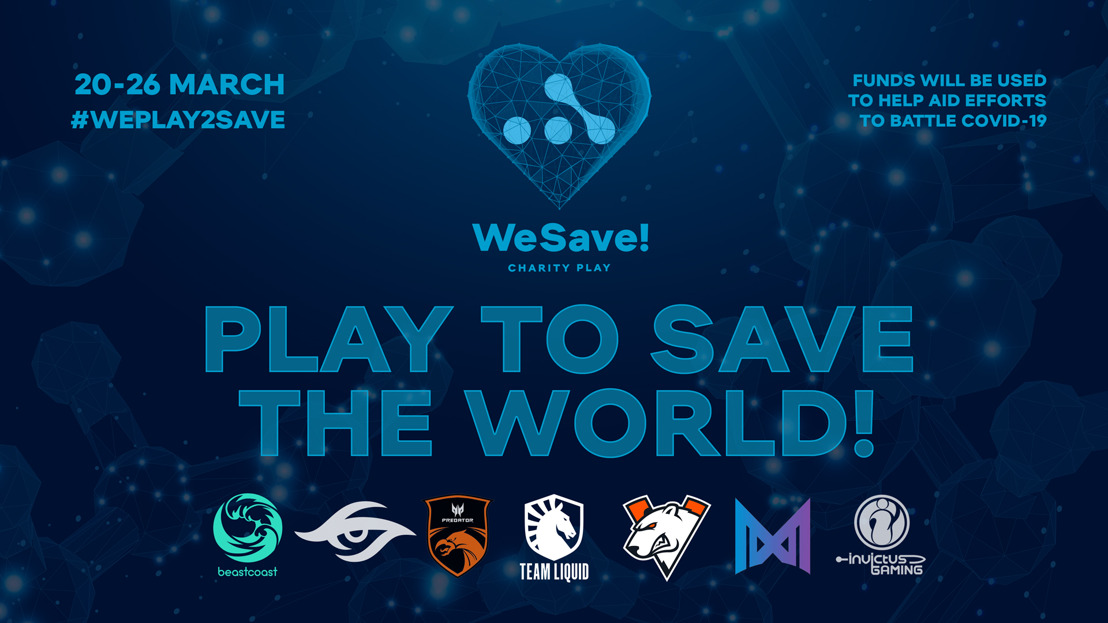 We at WePlay! Esports are organizing the WeSave! Charity Play tournament for Dota 2 that will be taking place on March 20-26, 2020. 24 teams across all six competitive regions will be invited to participate in the event.

Why we decided to host this tournament

Everyone feels the pressure caused by the coronavirus pandemic: people are isolated, limited in mobility, and some literally are not allowed to leave their homes without a permit. The situation continues to change drastically, and the future feels frightening. To fight the fear and anxiety, we are calling for everyone to join us, the fan-favorite talents, and the teams to do what we all love so much — let’s play to save the world!

During WeSave! Charity Play, each region will be represented by four teams. A $20,000 prize pool is pledged to each region. The cumulative fund of $120,000 plus all the donations and revenues gathered throughout the event will be used to help aid efforts to battle COVID-19.

“The idea to host a charity marathon emerged on its own when it became clear that all the primary events would be canceled due to the COVID-19 pandemic one after another. The whole team just started to discuss the notion of a tournament, that could bring together the esports community and people beyond it.” - WePlay! Esports Chief Business Development Officer and Managing Partner Yura Lazebnikov.

“The preparation process for WePlay! Charity Play is unusual even for our team. We have many people working from homes and across various time zones. Still, we try to achieve as much as possible through text chats and conference calls. These are also the primary means of communication with the talents and teams, as well as sponsors and partners, who have been eager to support our initiative to host a charity marathon. The desire to help others is universal, and we are inspired by the amount of caring and selfless people inside the esports community.” - WePlay! Esports CEO and Managing Partner Oleg Krot.

A detailed schedule, format team roster, and talent crew will be announced soon.

We will have a press release this week explaining the algorithm of the collection and transfer of funds to an independent fund that aids efforts to battle COVID-19.