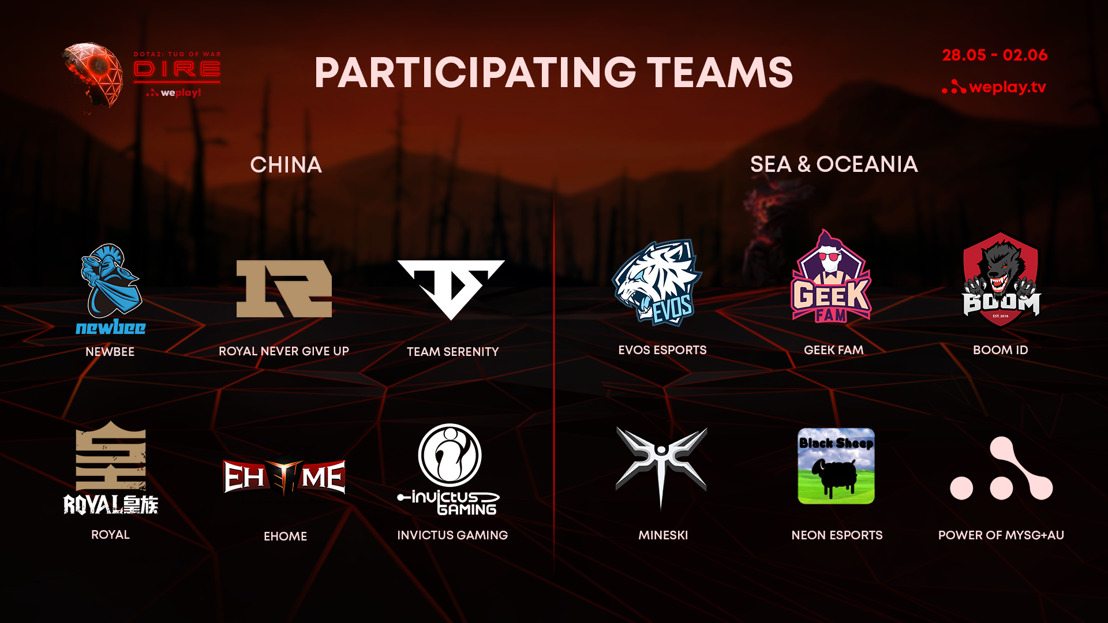 Participants from America and Asia will be divided into two separate Single Elimination brackets within the new innovative format. Each bracket will get its own champion, and both winners will receive a slot on the LAN-final at WePlay! Tug of War: Mad Moon, where the teams will fight for a prize pool of $300,000. Eight teams will be directly invited for the first round of the coming standoff, while four more teams will bypass the early stage and start their tournament performance in the quarterfinals.

All the matches, except from the final ones, will be played in a Best of 3 format. The winner of each bracket will be determined during the grand finals in the demanding Best of 5 format. Both champions of Tug of War: Dire will be granted with quotas for the anticipated LAN-finals WePlay! Tug of War: Mad Moon.

The size of the WePlay! Tug of War: Dire total prize pool will be $30,000. Vice champions will receive checks for $6,000. The teams that will take places between the third and fourth will be rewarded with $2,000. And players recognized as the strongest during the tournament will receive a nice bonus of $5,000 for the MVP title.

MVPs will be determined in two phases:

1) The online audience will be able to vote via weplay.tv during the tournament days;

2) After each Super Final, a jury that consists of WePlay! talent crew will vote on the players, chosen by viewers.