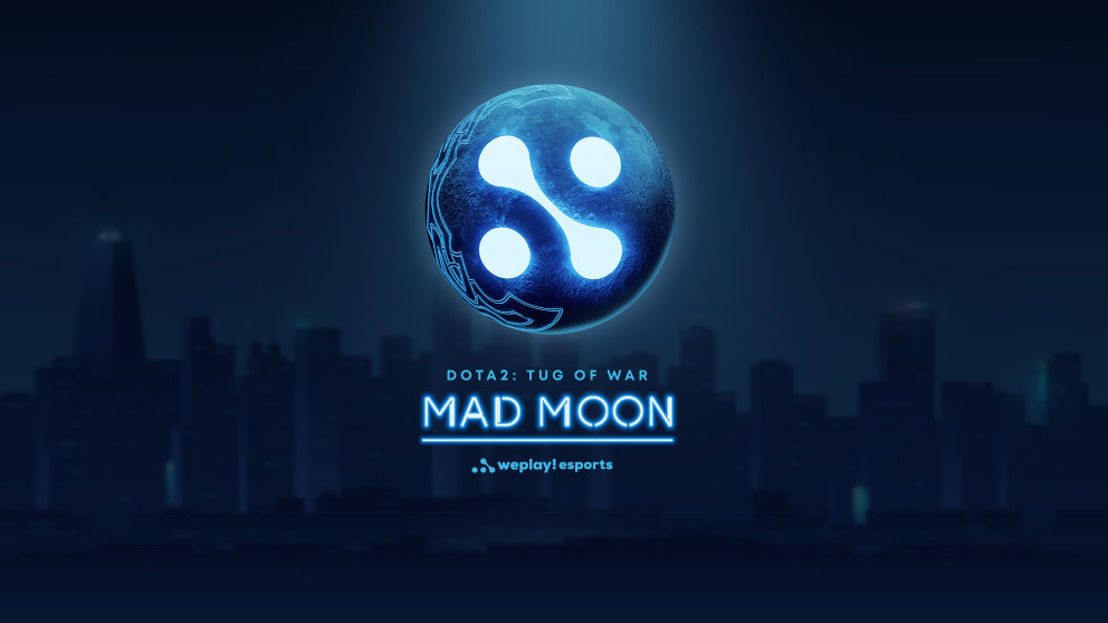 Upcoming Dota 2 tournament will continue the Tug of War Dota 2 trilogy — Radiant and Dire. Initially, Mad Moon was planned for this summer but due to the opening of WePlay!'s esports hub in Kyiv the tournament was rescheduled.

WePlay! Tug of War: Mad Moon will be held from February 19th to February 23rd, 2020. Eight applicants will compete for the champion's title: the winner of the Radiant tournament — Ninjas in Pajamas, two champions of the Dire tournament — Infamous and Royal Never Give Up, and five more teams will receive direct invitations from the organizer. A list of invited teams will be announced later.

The tournament is divided into two stages: Group stage and Playoffs. All the matches are held within the Double Elimination system.

In the Playoffs, the six remaining teams start their way to the Grand Final from the top bracket. The teams who take second and third places in the Group Stage will pair in the first round (quarterfinals stage), while group winners proceed to the semifinals. All playoff matches, except the Grand Final, will be held in the Best of 3 format (up to two wins). The winner of WePlay! Tug of War: Mad Moon will be determined in the best of 5 (up to three wins) series.