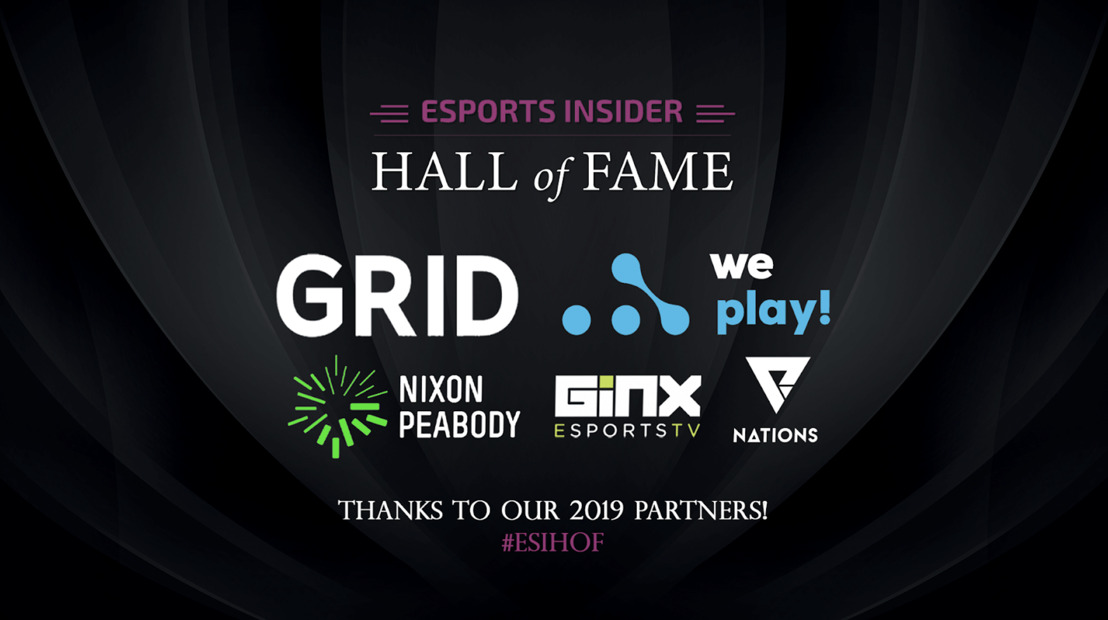 Esports Insider Hall of Fame is an ongoing and long-term project created to recognise and award those individuals who have built, moulded and continue to shape the esports industry. This year the event will be held in partnership with WePlay! Esports USA — an e-sportainment company that combines the best practice from the esports and entertainment fields.

WePlay! Esports aims to strengthen the professional esports at every level — apart from tournaments with world-famous teams, the company also organizes esports events for tier 2 and tier 3 squads. During HoF 2019 WePlay! Esports will represent Forge of Masters WePlay! League to US market — the League focuses on talented CS:GO crews who lack attention at the world esports scene. WePlay! Esports has successfully conducted the League's first season for the CIS region this spring, and now organizers will show the product's concept for the american market.

Forge of Masters WePlay! League creates opportunities for promising teams: they can show their worth on the esports scene, win prize money and achieve higher rankings. The main point of the League is to attract the teams who have hit the glass ceiling of the current esports scene. “For us, there is no difference whether it’s a tier-1, tier-2 or tier-3 team if they pass the qualifiers and want to be a part of large-scale esports. If they can demonstrate their talents, have the will to win, the desire to move forward, participate, create, train, change their teammates, do everything in order to become a pro team — this is the League for them”, — mentioned Yuriy Lazebnikov, co-founder and CBDO at WePlay! Esports USA in his interview for Esports Insider.