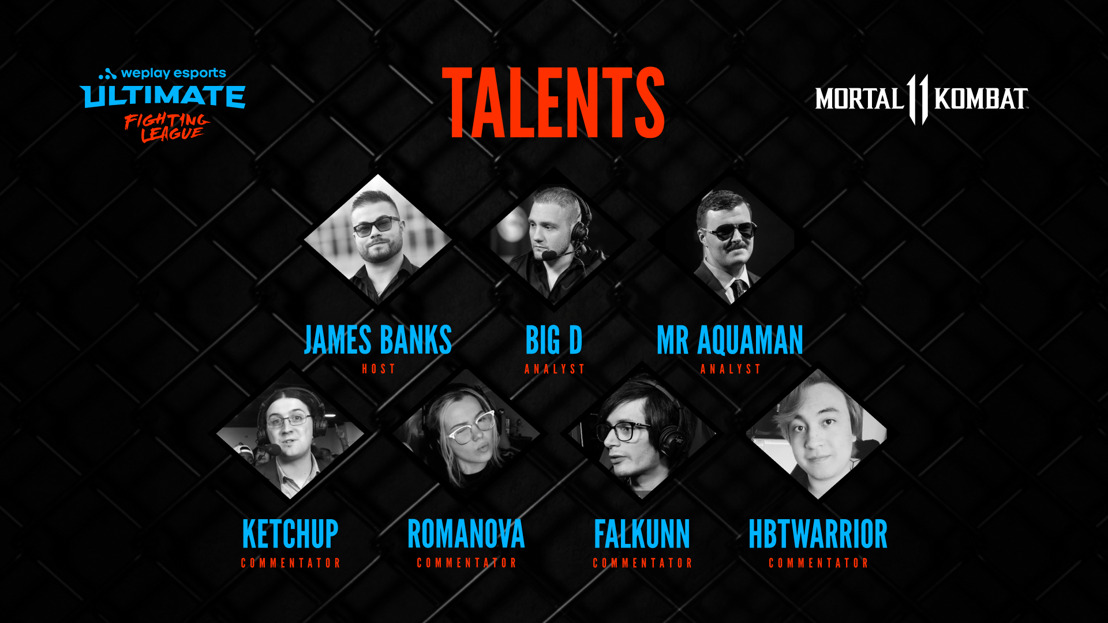 With the Mortal Kombat 11 competition of WePlay Ultimate Fighting League (WUFL) Season 1 kicking off next week, the organizers have revealed the talent roster:

“When it comes to personalities, the FGC is packed with jewels and gems the likes of which are incredibly rare. Our team is excited to meet both the returning participants of the WePlay Dragon Temple event and the new people. Follow the announcements on social media, we’ve prepared many surprises down the road,” says Eugene “Hitras” Shepelev, lead esports manager at WePlay Esports.

“The WePlay Dragon Temple was a stand-out event for the FGC and one I was very happy to be involved in putting together. Now we are going to take things to the next level with WePlay Ultimate Fighting League Season 1.

We have a star-studded set of commentators and analysts to take you through the event, and I am ecstatic that I get to host it alongside these incredibly talented individuals. I will be reuniting with old friends and meeting some of the team for the first time, but I know every single one of them is hyped up and ready to deliver the best Mortal Kombat event you have ever seen!” says James Banks, project consultant at WePlay Esports.

WUFL Season 1 will feature competitions in Mortal Kombat 11 (March 25–28), SOULCALIBUR VI (April 01–04), and Tekken 7 (April 08–11). The prize pool of $150,000 will be divided equally between all three competitions. The event will take place at WePlay Esports Arena Kyiv, already known to the WePlay Dragon Temple audience.

To get additional information about the event and find exclusive content, visit the website of DashFight, WUFL S1 main media partner, where you can find everything about the world of fighting games.