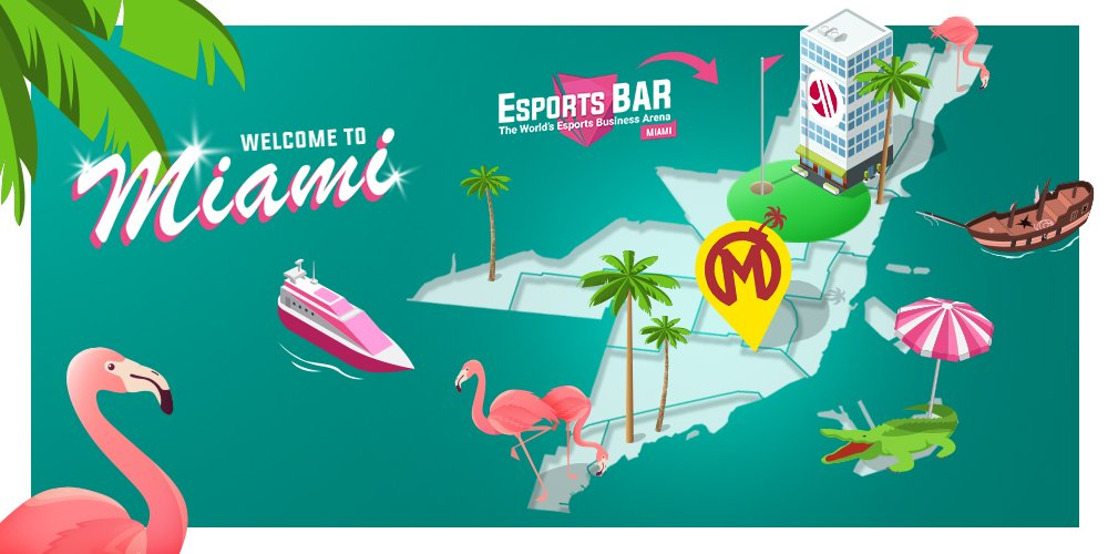 Esports BAR is the world’s leading international business, conference and networking event for esports and non-endemic leaders shaping the future of esports. It is committed to transforming the sport of the digital generation into the future of entertainment.

This year's Esports BAR Miami 2019 is sponsored particularly by WePlay! Esports, who also organizes a panel session. The discussion “Esportainment as a source of new business opportunities” will be held on October 03 from 12:10 to 12:30 at the JW Marriott Miami Turnberry Resort & Spa, moderated by Darren Heitner, Founder of Heitner Legal, P.L.L.C. and Forbes contributor.

Previously Dmitry Karpenko, Business Development Director for WePlay! Esports, has shared  the insights on building WePlay! media platform in his interview in terms of Esports BAR Miami 2019 announcement. He also gave his vision on the future perspectives for media with esports growing.

WePlay! Esports is an esportainment company that combines the best practices of the esports and entertainment fields. Since 2012, the WePlay! Esports brand has been well-known for high quality organizing and broadcasting within the online esports tournaments and LAN finals. This includes tier 1, tier 2, and tier 3 professional teams from the in-house studio to their own Twitch channel.