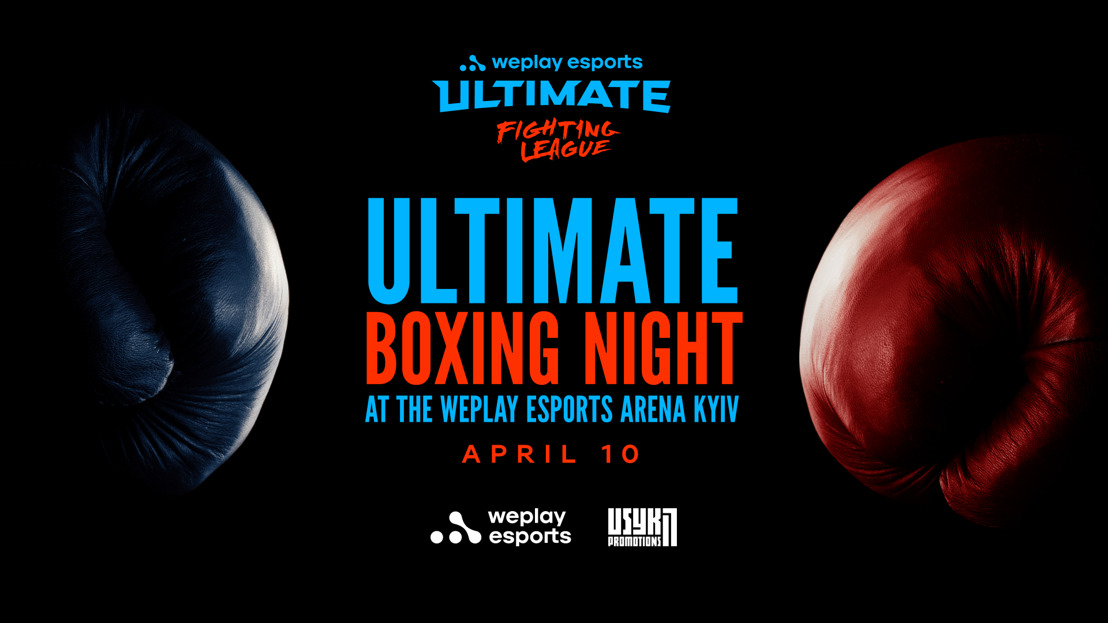 Boxers from Ukraine, Great Britain, Hungary, and Belarus will participate in the ranking fight night, to be held on April 10.

The Fight Card of the night is as follows:

“The fights that will take place onstage at the WePlay Esports Arena Kyiv will give viewers much more than they imagine. Expect a storm of emotions from completely new format in boxing!” says Oleksandr Usyk, world cruiserweight boxing champion.

“Our main task is to create a spectacular show that the public will enjoy. A boxing match, the same as fighting games, is a dynamic event where emotions abound. We are happy to support our partners as they seek to present a high-quality spectacle to the public and hold the Ultimate Fight Night in our high-tech arena," says Yura Lazebnikov, managing partner of WePlay Esports.

“The WePlay Esports Arena Kyiv is transformable and adaptable to different competition formats. We staged spectacular shows with professional stunt performers there during the WePlay Dragon Temple. This time around, the arena will host real-life boxing matches,” says Oleg Krot, managing partner of WePlay Esports.