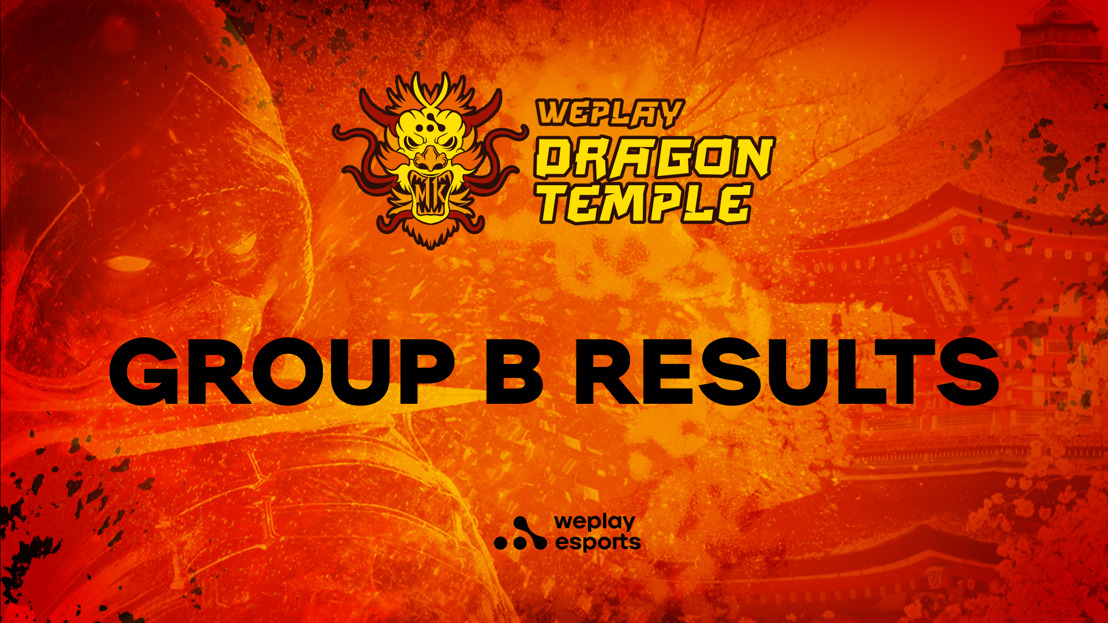 Group MORTAL’s (A) top four blazed a trail into the WePlay Dragon Temple Playoffs on day one of the Group Stage, and now we know who will be joining them from Group KOMBAT (B).

The first seed is Tekken Master with 6 points, followed closely by second-place finish, Grr with 5 points. In third-place is MK_Azerbaijan with 4 points and dubasik in fourth-place with 2 points.

With the complete Playoffs lineup now determined, WePlay Dragon Temple moves on to the next and final phase. Here’s a look at all our competitors.

Also, here is a list of the first batch of WePlay Dragon Temple matches to be played on the final day:

Join the livestream on our Twitch channel or if you prefer to just listen, catch the show on the Leagueday web app or iOS mobile app. You can also keep an eye on our Twitter, Instagram, and Reddit accounts for the latest information.

If exclusive content is what you want then look no further than the  DashFight website, the home of WePlay Dragon Temple’s media partners.