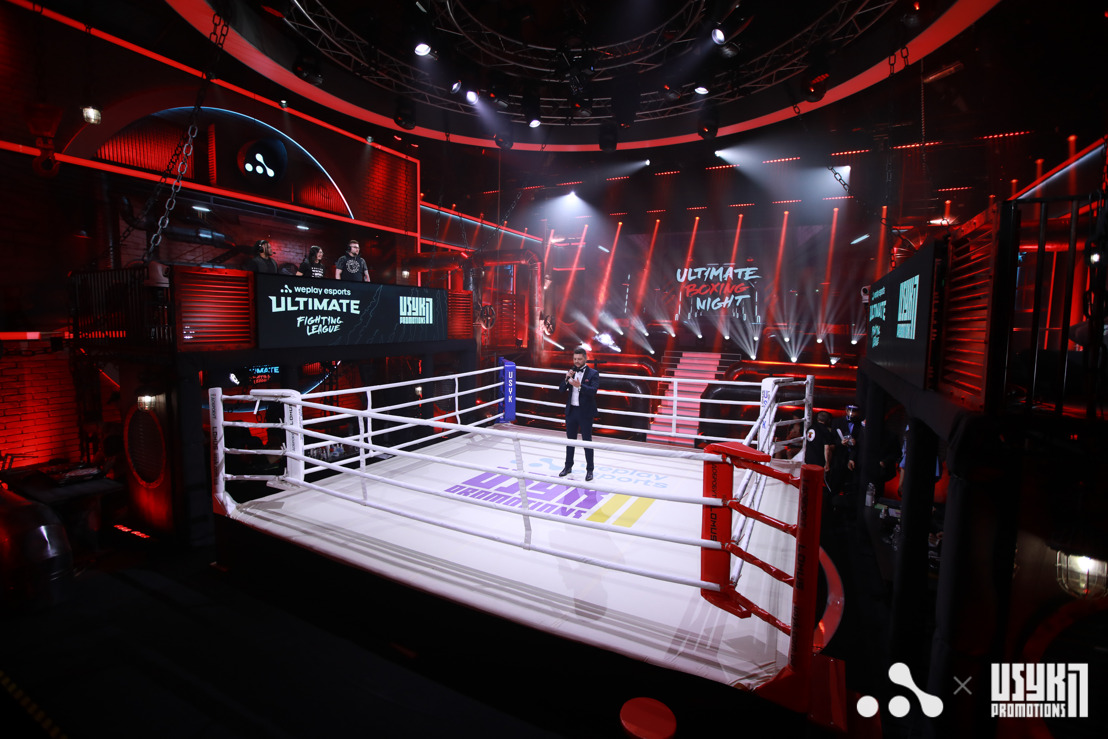 It was broadcast on the official WePlay Ultimate Fighting League Twitch channel, the XSPORT TV channel, and the YouTube channel USYK17.

The matches were broadcast from the WePlay Esports Arena Kyiv, the first arena of the WePlay Esports media holding company. It is usually used for filming esports events, but on April 10, it hosted real-life rather than virtual fighters for the first time. Thanks to its modular design, the arena was quickly transformed to accommodate the new format.

“We have held the event with all the pandemic-related precautions in place. The fighters, their teams, and the arena staff involved in organizing and broadcasting the event were all tested for COVID-19. The evening was held without an offline audience — but the online viewers were able to appreciate the full potential of the show at the intersection of traditional sports and esports,” says Yura Lazebnikov, managing partner of WePlay Esports.

“The fights were broadcast from the high-tech WePlay Esports Arena Kyiv. We regularly hold esports tournaments with AR shows here, but we have easily adapted the venue to host physical matches. This is a completely new format for boxing, and we are all thrilled to be opening a new chapter in sports history,” says Oleg Krot, managing partner of WePlay Esports.

“The combined efforts of the USYK-17 PROMOTIONS and WePlay Esports teams helped create an event that fans of both boxing and esports have had the opportunity to enjoy. Nights like the Ultimate Boxing Night prove that classic sports and esports can coexist and even reinforce each other,” says Oleksandr Usyk, world cruiserweight boxing champion.