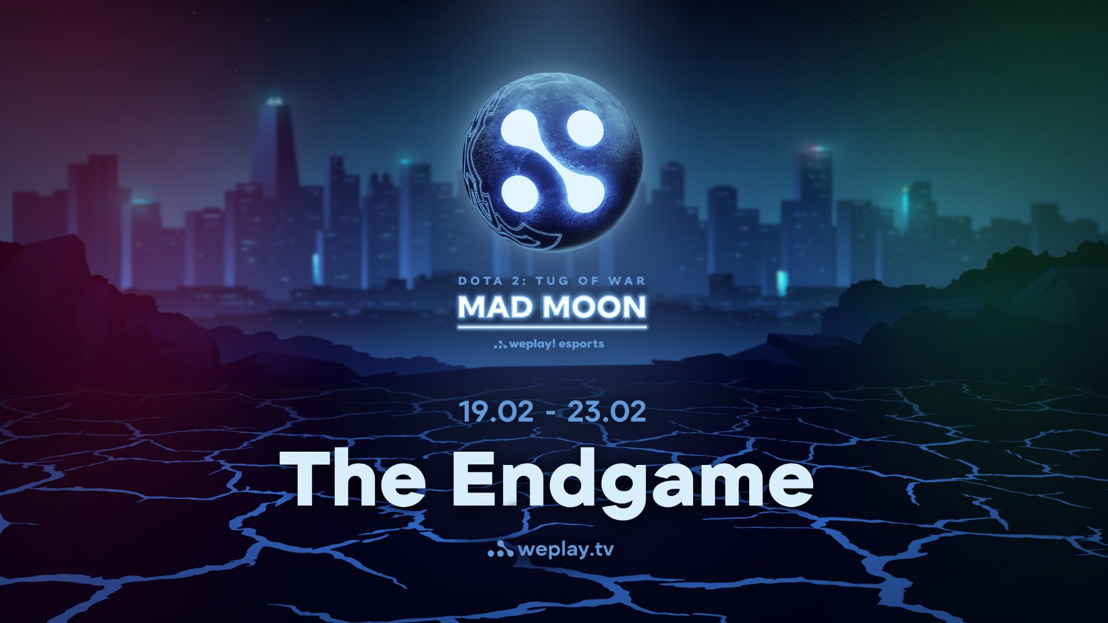 Main Event
February 21 – 23
Players compete in a double-elimination bracket in accordance with the seedings from the Group Stage.

Visitors of weplay.tv will soon be able to download a free ticket to attend the Main Event at VDNG.

Eight teams will be participating in WePlay! Dota 2 Tug of War: Mad Moon:

The remaining three participants will be announced soon.

The participants of WePlay! Tug of War: Mad Moon will be competing for the prize pool of $300,000.

Detailed information about the press accreditation and event tickets will be released soon.