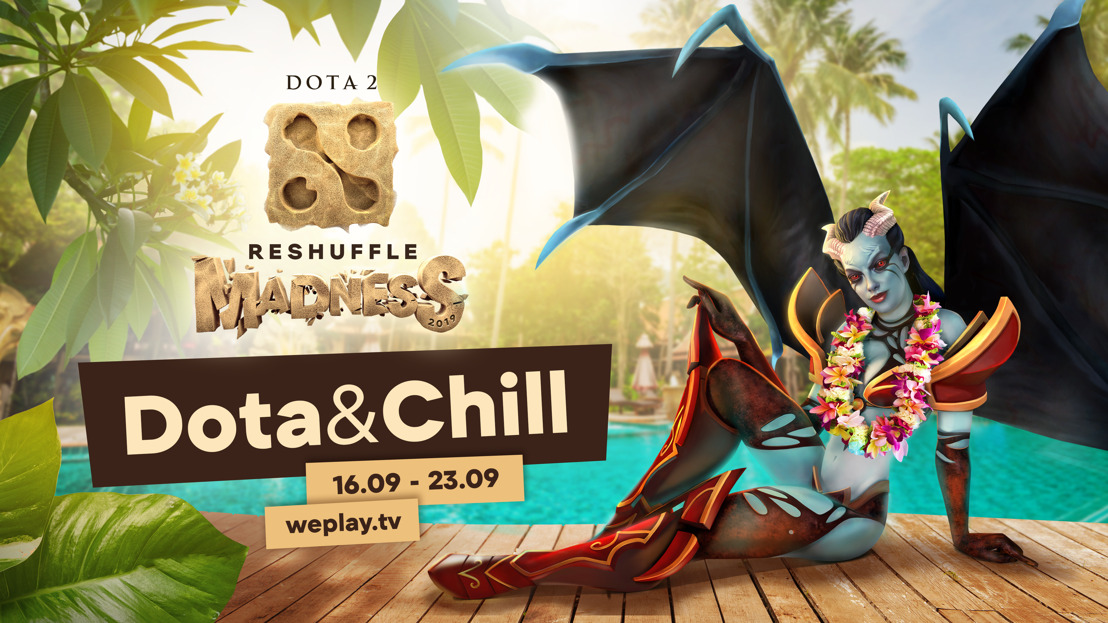 The autumn reshuffles traditionally stir up audience’s interest in new rosters and change of leaders in the regions. WePlay! Dota 2 Reshuffle Madness 2019 will be a great opportunity for everyone to see if the replacements actually made any effect or not. One of the first online tournaments of the season will let the teams train and try new strategies, and the viewers will be able to enjoy a thrilling esports show done in the special “esportainment” by WePlay!

Open qualifiers will start on September 6 and end on September 9: all participants will be split into four groups, with eight top teams advancing to the next stage. More information about open qualifiers rules and the registration process is available at WePlay! website.

Participants will be joined by eight teams directly invited by the organizer: the group stage matches will be played September 16 through 19. The final stage of the event, that has four more spots reserved for direct invitees, is planned for September 20-23.

Open qualifiers will run with the Single Elimination system. All qualification matches will be played in best of 1 format, while the semifinals and finals - in best of 3.

The group stage will have sixteen teams divided into four groups - these matches will utilize Double Elimination (GSL) format. That said, the lower bracket finals will be played in best of 3 format, with all the other matches played as best of 1. Two top teams from each group will advance into the playoffs.

Eight squads that will make their way into the playoffs from group stage will be joined by four invited teams. All matches of the final stage will be played in best of 3 format, and the grand-final running as a series of best of 5 (Single Elimination system).

WePlay! Esports is the esportainment-company with the representative offices in Ukraine, Cyprus and the USA. The company is a part of TECHIIA holding and grows the businesses in Europe, China and the USA.

For the partnership and brand integration queries, email us at placeme@weplay.tv