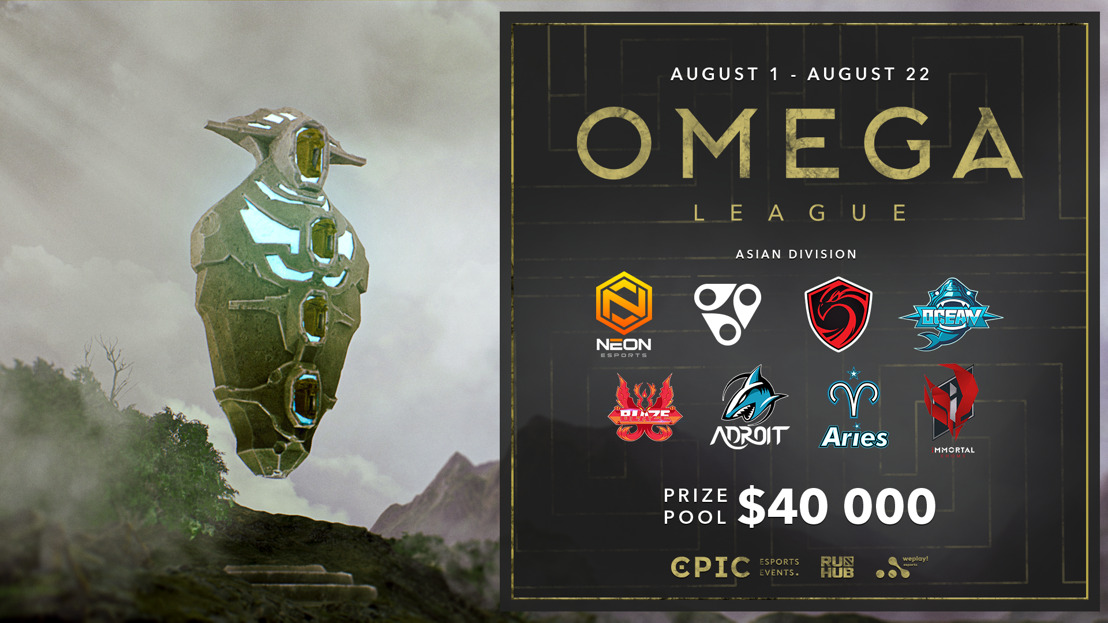 Last week, leading European teams, WePlay! Esports, and Esports Epic Events announced OMEGA League, which will bring action to European and American regions. Today, we are excited to present a new Asian region that will include players from China and SEA.

“We announced OMEGA League last week, and it included both European and American regions. Today we are happy to report that the players from China and SEA will also be a part of this event. With the remaining two competitive regions joining the fray, OMEGA League becomes truly global.”
– Anton “WarLocK" Tokarev, Lead Esports Manager at WePlay! Esports

“As we mentioned, we want to make this August unforgettable for all Dota 2 fans. And we just can’t imagine any International without one of the strongest regions! Together with WePlay! Esports, we got the best teams from three biggest parts of the world to bring you even more breathtaking emotions!”
– Mark Averbukh, representative of Epic Esports Events

Asia consists of Divine Division formed by two groups of six teams each.

Twelve teams will participate in the group stage of Divine Division. They will be divided into two groups of six (separate groups for the Chinese and SEA teams). Each group will see teams play each other in a BO3 series.

The two best teams from each group advance to Divine Playoffs Upper-Bracket Round 1.

The teams that take fourth and fifth place will enter the Play-in Stage to fight for two more Divine Playoffs Lower-Bracket Round 1 seeds.

Divine Playoffs is a double-elimination bracket. All matches are BO3, and Grand Finals are BO5.

The rest of the teams are eliminated from the tournament.

Teams from the Chinese competitive region:

Teams from the SEA competitive region:

Teams will be eligible to play in any and every single-elimination (BO1) bracket. The four best teams from each tournament will go to the second round of qualifiers (the exact rating of the teams will determine the finals of the starting bracket and the match for third place).

The sixteen teams from each subregion will form one single-elimination bracket. All matches are BO3. Teams that take first and second place advance to Divine Division (the SEA group).

The rest of the teams are eliminated.

Details regarding Open Qualifiers in the Chinese competitive region will be announced separately.

The prize pool of Asia Divine Division is $40,000. It will be distributed as follows:

The winners of Open Qualifiers from CIS, Europe, South America, and North America will be provided with $20,000 worth of gaming gear. Together with the added prize pool of the Asian region, the total prize pool of OMEGA League is $650,000.