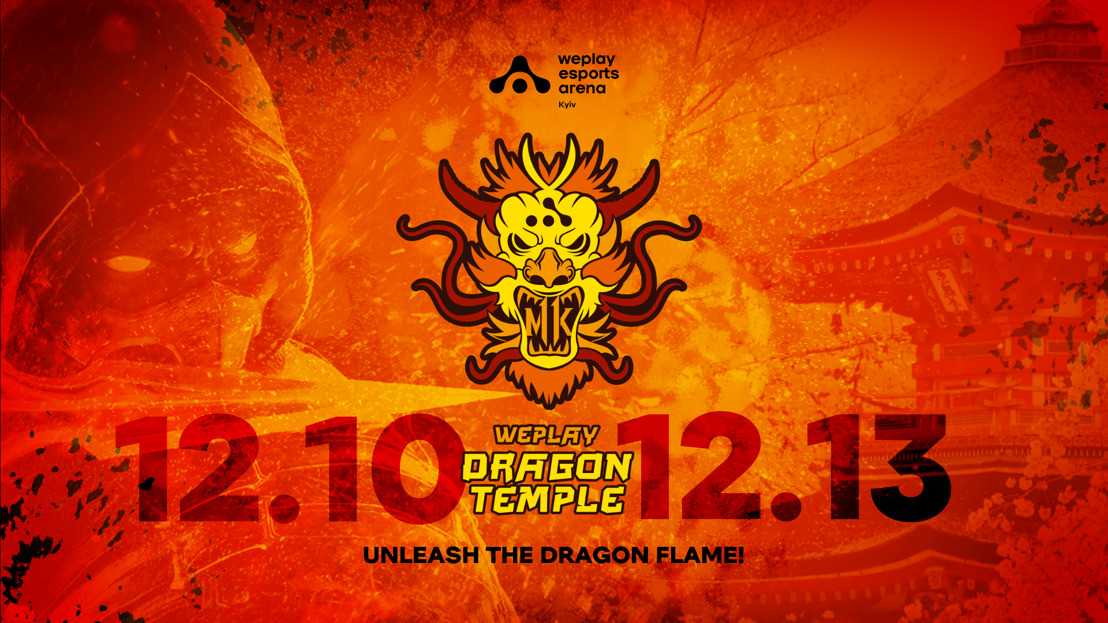 You will be able to follow the action from December 10 - 13 as the best players will test their might on the fiery stage at WePlay Esports Arena Kyiv, with $60,000 on the line - the FIRST ever event in the custom build arena.

The contest of champions will consist of two phases, the Group Stage and Playoffs. The former will have all teams split between two round-robin groups, with players required to win two out of three sets against their opponent. The latter phase will see the top four contestants from each group advance to the Playoffs, where they will battle it out in a Best-of-5 double-elimination bracket.

"We at WePlay Esports recognize that fighting games have all they need to become a form of mass entertainment, just like boxing and UFC. The potential audience of these titles is enormous and includes many generations of casual players. Everyone interested in the MK multiverse will enjoy WePlay Dragon Temple. Our teams will do their best to make this event special, so don’t miss it.”
- says Anton Gribovskiy, General Manager Americas at WePlay Esports.

“With WePlay Dragon Temple, our team gets to create a new experience in a title we have never worked on before. We are probably as excited as the fans will be when they see all the great matchups we have planned for them. We intend to provide the same level of entertainment you have come to know us for.”
- says Eugene “Hitras" Shepelev, Lead Esports Manager at WePlay Esports.

“As an ex-professional player back in Virtua Fighter, I have always had a real passion for fighting games. When I first learned about the event, I was thrilled to get the chance to be involved. It’s awesome how WePlay Esports plan to bring us Christmas early with the Dragon Temple tournament. Together with the team we will do everything possible to make this one of the best Mortal Kombat events you have ever seen!”
- says James “BanKs" Banks, project consultant.

WePlay Esports is also teaming up with DashFight, the official media partner of WePlay Dragon Temple, to bring you even more interesting and exclusive coverage during the event. DashFight will be the place to find exclusive content like interviews with players and talents, and so much more. Be sure to tune in to their socials as well: Twitter and Facebook.