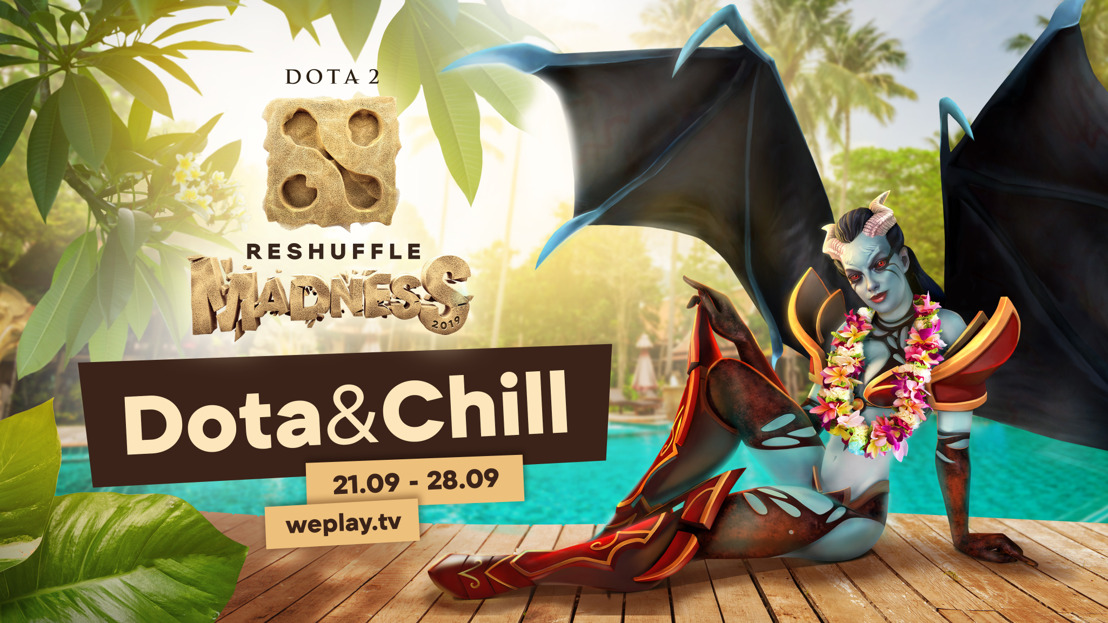 The decision to postpone the competition is due to the tight tournament schedule of the new Dota 2 competitive season and the prolonged teams' reshuffles period. According to the updated schedule, the group stage of WePlay! Dota 2 Reshuffle Madness 2019 will be held and broadcast September 21st-24th, and the playoff matches — September 25th-28th, 2019.

“Our preparations for the upcoming Reshuffle Madness 2019 are well under way, but due to objective reasons, we decided to extend the summer and slightly shift the dates of the tournament: thus everybody is welcome to our "beach party" from September 21st to 28th. Could we have kept the previously announced dates? Of course! But in that case, participants that are worth to be seen the most were unlikely to take part, as their rosters were still finalizing”, — commented Eugene GreenGT Luchianenco, Head of Esports at WePlay!.

In total, 20 teams will compete for the championship title and the main prize of the tournament — two more teams will join the already announced participants via direct invites to the group stage, and four teams will receive invitations immediately to the playoffs.

A detailed schedule of the tournament will be announced later. Find more details about Reshuffle Madness 2019 at weplay.tv and on our social media: Reddit, Instagram, and Twitter.