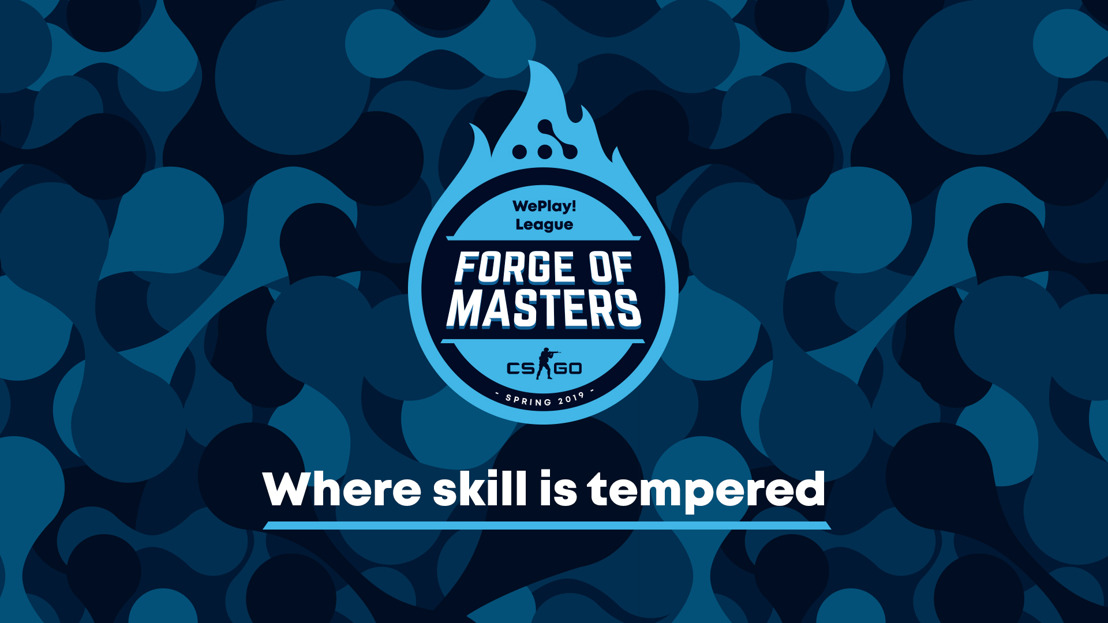 Forge of Masters. WePlay! League will have 3 seasons throughout the year. The first season starts on April 8th and ends up with a LAN-event on May 3-5 in Kyiv, Ukraine. This season's total prize pool is $50,000.

Three seasons of the league will be united by a common mission, while each of them will differ in the original concept of the studio presentation.

Forge of Masters. WePlay! League aims to make the CIS scene less lopsided and give potentially strong teams an opportunity to grow out of the shadows of the top-tier teams. WePlay! wants to contribute to the development of the regional CS:GO esports scene, to enrich the existing infrastructure, and to help the new teams of the CIS region to unlock their potential and to become new stars of the discipline. Evening up the playing field in CIS will improve the general health of international CS:GO scene by providing stronger competition.

Eight teams from the CIS region will compete for the cup of the first season:

Get acknowledged better with the teams right here.

All the matches are played in the “Best of 1” format:

Dinko is a rising CS:GO community star. In his young age, Adam is very close to becoming a veteran caster, having worked on events hosted by ESL, ESC, StarLadder, and others.

Victory in each group stage match grants the team $500, which accounts for the remaining $14,000.

The new atmospheric trailer of Forge of Masters. WePlay! League:

Tune in to the English cast of Forge of Masters. WePlay! League on this page.

Parimatch is the official betting partner for Forge of Masters. WePlay! League.