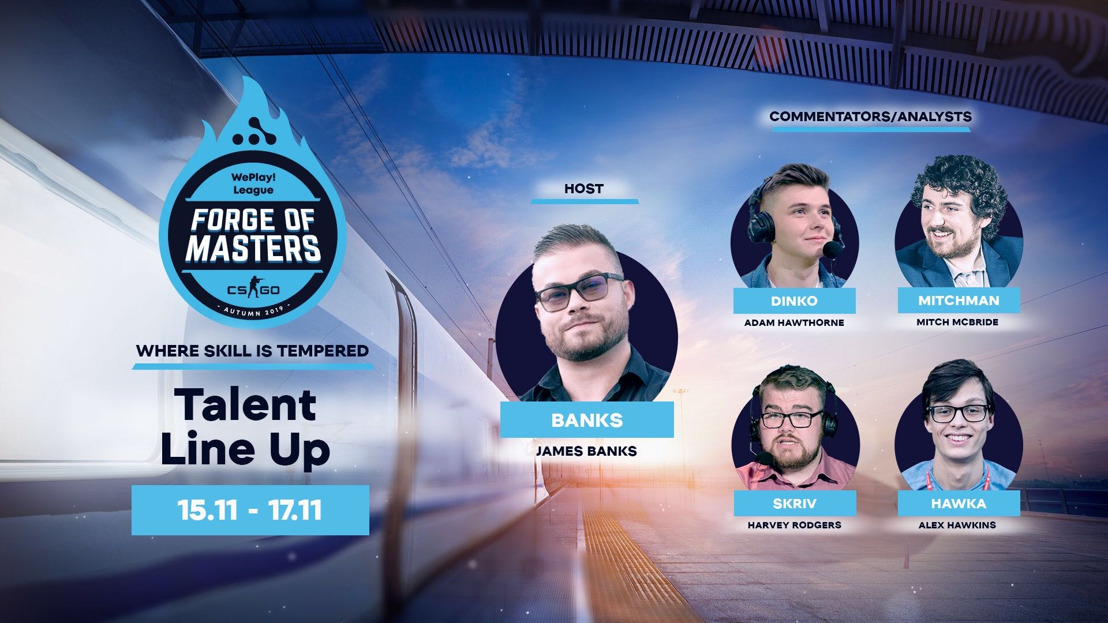 The ongoing second season of Forge of Masters WePlay! League with a total prize pool of $100,000 will conclude with a LAN event on November 15th-17th, 2019, in Kyiv, Ukraine.

Russian broadcast team with all the best WePlay! Esports CS:GO talents will make a great esportainment show for the audience.

The LAN event will be broadcast live on WePlay!'s official Twitch channel. The second season's schedule is available at WePlay! Esports website.

The second season features 24 teams from the CIS and Europe region, with six participants that have already secured their spots for the LAN event: forZe, Gambit Youngsters, Syman Gaming, Windigo Gaming, Tricked Esport and SMASH Esports. The ongoing Group Stage is held online, in three phases with the Single Elimination system, and is broadcasted by WePlay! Esports studio.