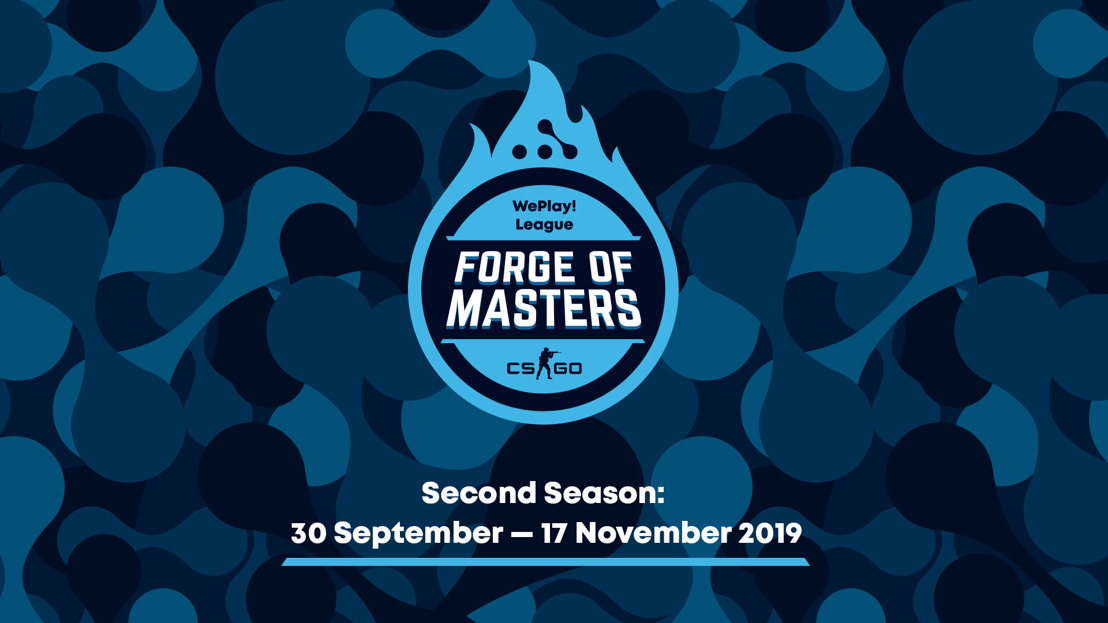 The second season of Forge of Masters. WePlay! The League will start on September 30 and run until November 17, 2019. The group stage of the tournament will end with a LAN-final. Its venue, as well as the prize pool, tournament format and the list of teams are to be announced later.

Forge of Masters. WePlay! League is a CS:GO league for teams representing the CIS region. According to the organizers, the league is to provide a stable gaming practice for the CIS players and thus improve their professionalism.

The studio will hold several league's seasons, united by a common mission. Each of them will differ in the original concept of studio design in the best traditions of WePlay! Esports.

The first season ended with a grand LAN-final: from May 3 to May 5, 2019, the VDNG exhibition center in Kyiv, Ukraine, has welcomed over 700 guests. The organizers hold an eSports show in the e-sportainment format together with demo zones with various survival camp activities. The total prize fund for the tournament was $50,000. This amount was divided among the teams participating in the online stage and teams that took the first three places during LAN event. The winner, AVANGAR, has received the biggest sum — $20,000.

Live broadcasts of the second season will be available on Twitch. For more details — WePlay! Esports.