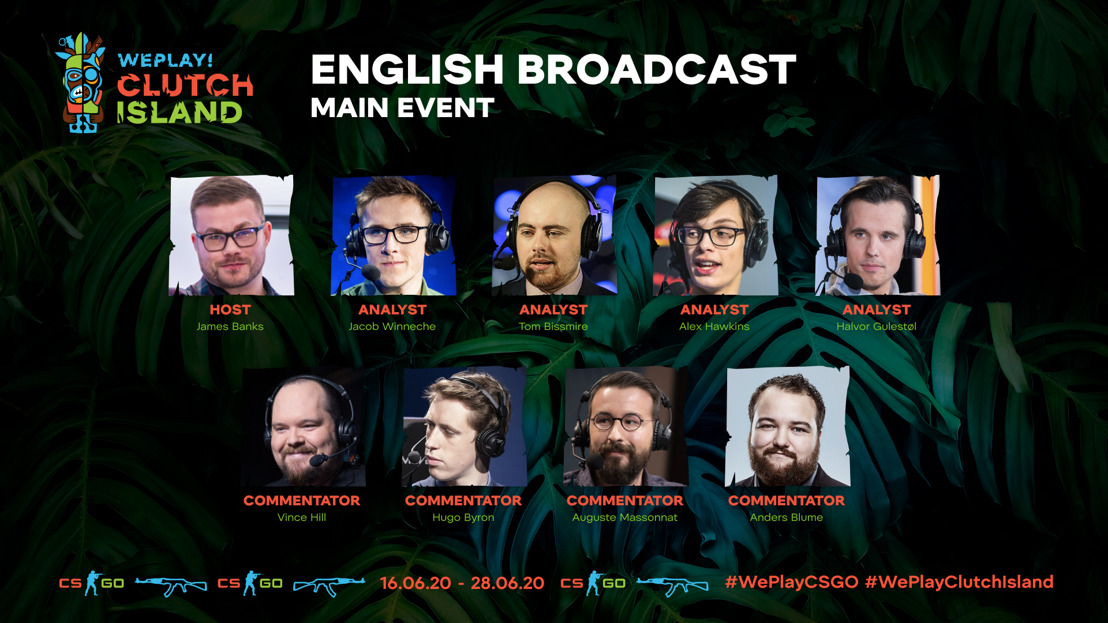 From June 16 to 28 the top CIS teams compete in a Regional Major Ranking Counter-Strike: Global Offensive tournament, WePlay! Clutch Island. The participants fight for a prize pool of $50 000 and RMR points, required to qualify for the biggest CS:GO event of the year. Here is the team of talents that will be sharing the story of the main event to English-speaking audience.